Home / Book Reviews / The Prayer Warrior: A Tale of the Last Battle of General Stonewall Jackson

Title:  The Prayer Warrior: A Tale of the Last Battle of General Stonewall Jackson

Steve Mellynchuk has done an excellent job in The Prayer Warrior of weaving an engrossing story of the battle of Chancellorsville and Stonewall Jackson’s last eleven days. This historical novel is in the style of Jeff Shaara and Ralph Peters. Most of the book focuses on the events of the battle itself with a combination of real and fictional characters.

The story opens with three Federal soldiers, who have been separated from their unit, and a rebel sharpshooter. This sets the stage for the rest of the book. One sees in this story all the great elements of literature: devotion, romance, love, action, chivalry, integrity, incompetence, fear, boldness, and death.

The character of Jackson appears throughout the book but doesn’t dominate it. We see his faith in God expressed numerous times and we read of his praying and having prayed. However, he is not portrayed in the typical sense as a prayer warrior, who may spend hours per day or week in prayer. In fact, he is more like a warrior who prays or a man of faith who is a great warrior!

Jackson is also presented as a softer, kinder figure than he is usually thought to have been, especially in 1861-1862. Mellynchuk justifies this with the birth of Jackson’s own daughter Julia and the acquaintance and death of young Janie Corbin during the winter camp the previous Christmas. This is expressed in Jackson’s conversations with his staff officers, generals, and men, as well as with Jeb Stuart and General Lee.

The author does give us some interesting insights into the character of Joe Hooker. Proud, arrogant, and confident, he has been promoted to the command of the Army of the Potomac. As a brigade and division commander, he performed well. His planning of this campaign has been excellent.

When Lee does not follow his expected script, he suddenly realizes that he is responsible not only for this victory but for sustaining the hopes of the entire Union. He has been promoted beyond his capabilities and loses his nerve in battle when commanding multiple corps.

The events of Jackson’s tragic shooting and death are well documented. We see an ever aggressive Jackson trying to probe the Union lines after dark with the desire to send in A.P. Hill to push the retreat and demoralization of the Federals with a night attack. The author also gives an intriguing suggestion to the meaning of Jackson’s famous final words.

Apart from a few seeming historical inaccuracies, the only suggestions I might make would be concerning flashbacks of the various characters. Some of the referencing of events of the previous day or two could actually have been placed in a more chronological order. On occasion, it was distracting or even confusing.

All in all, this is an engaging story by Steve Mellynchuk and I recommend it. As it is his first novel, I expect to read some excellent works by him in the future. 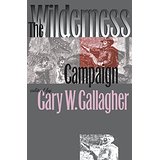 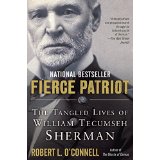